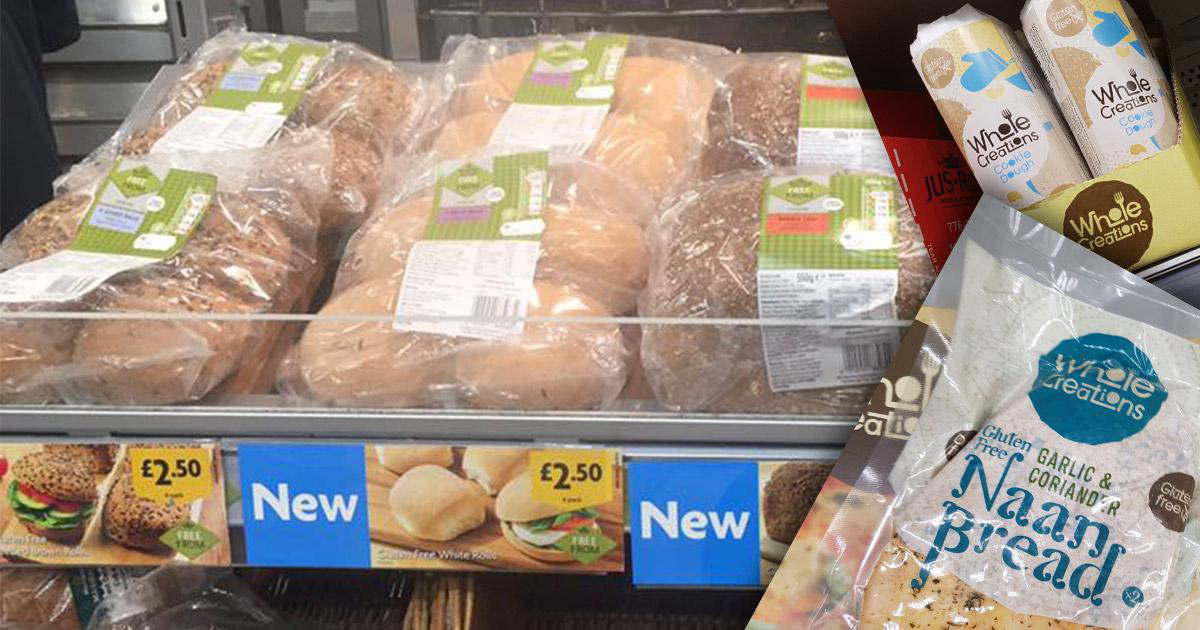 Following in Sainsburys footsteps, Morrisons have released fresh gluten free bread into their bakery, well into 230 of their stores anyway! Find out more about the bread in this blog!

This week Morrisons have introduced fresh gluten free bread in their bakery. Sainsburys have been doing fresh bread in over 200 of their stores for the last year following on from Tescos who started the trend but discontinued the lines after a few months.

Like Sainsburys, the fresh bread appears to only be in certain stores, I am currently trying to find out exactly which stores, at the moment the only ones I know 100% have it are Leighton Buzzard and Redditch thanks to some ladies on a Coeliac Facebook page. I have checked my local store today and no gluten free fresh bread in sight, so I would say it is going to be like Sainsburys and only in selected stores. If you store has the bread in let us know!

From a tip off we got last week the fresh bakery bread that is available in stores are Seeded rolls and loaf, white rolls and loaf and brown rolls and loaf. Similar to what Sainsburys offer, but they do batons rather than rolls, and it looks like all bread is priced at £2.50 a tad expensive but not the worst, from the images we have seen they look to be fairly decent sized loaves.

Also similarly to Sainsburys the rolls come uncooked in special plastic which the stores then cook the bread in so the bread never comes into contact with wheat in the bakery. The uncooked bread is sealed into the bags in the factory and then doesn't leave the bag until you open it at home. This is the same way that Sainsburys cook the bread too.

There are also a couple of other products which have gone into stores in the last week as well as the bread. In the fridge is Whole Creations Cookie Dough, a bit pricey at £3.24 though. I made the cookies today and they are nice but not really worth the price, they come in rolls all ready made you just need to cut and bake. Available in plain butter cookie or chocolate cookie flavours.

Also appeared today in ours again in the fridge is Whole Creations Garlic Naan Bread, not sure why it's in the fridge, but again over £3 so not the cheapest Naan Bread, Asda and M&S are both cheaper.

Schar have also just announced that Morrisons stores now have the fresh chilled pasta in tortellini, tagliatelle and raviola varieties. I actually saw tags for these pastas earlier but thought nothing of them, they weren't in stock and no price either so I presume a delivery is expected, again these are in the chiller.

Some really exciting new products in Morrisons, February is usually the big release month for free from so I wouldn't be surprised if there is more to come.

Sainsbury's Basingstoke haven't had any gluten free products on their bakery for a long time, staff say they keep putting in orders but never comes into stock. They don't know why. Good to know Morrisons are doing it now.
Jenny morrison
26th May 2019
Trowbridge Wiltshire Sainsbury's do the gluten free bread. Sells out too
Lesley Tapp
19th February 2018