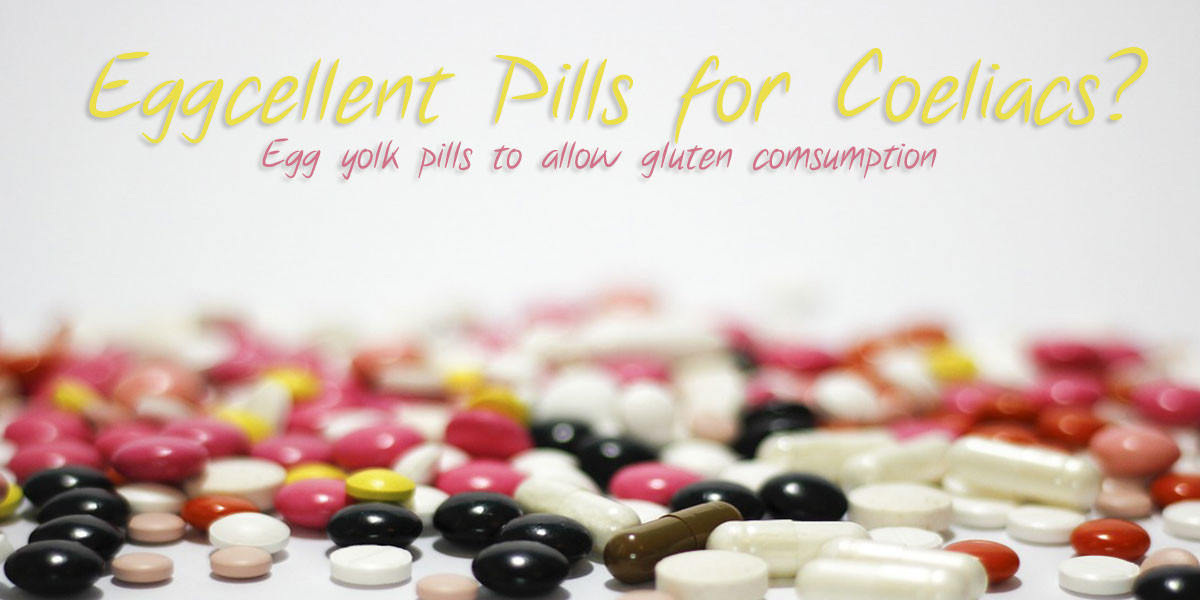 Apparently scientists are working on a new pill that will allow Coeliacs to eat gluten. Too good to be true? More than likely.

I think most of us that are suffering from Coeliac, or a gluten intolerance dream about having a pill that can make us feel normal, even if just for a few hours. To be able to go out with friends and not have to scrutinise the menu and interrogate the chefs to make sure you can eat safely, or go for a take away without worrying about possible cross contamination, or to just eat one last chocolate eclair.

For years anyone suffering with lactose intolerance has been able to take lactase enzymes, which allow suffers to eat lactose and be able to properly digest it, unlike if they ate it without the pill, all they have to do is take it before eating and they can eat that giant ice cream sundae thats been starring at them, but there is nothing similar for gluten.

Well now their could be. Dr Hoon Sunwoo of the University of Alberta has been working on a pill for the last 10 years after seeing how Coeliac affected a friend, the pill apparently works by taking antibodies from egg yolk which coats gluten as it passes into the intestine protecting the sufferer from gluten side affects. This miracle pill has passed safety clinical trials and is expected to begin the next stage of trials next year. But what are the possible pros and cons? These are the first ones that come to mind for us.

Pros/Possible Pros
Cons/Possible Cons
There are a lot of questions to answer about the pill and still a lot of research to be conducted before the public will get their hands on it, it is likely at the moment that Canada will get it by 2018, with United States applying for approval after that, UK and everywhere else will no doubt follow after this.

The question is would you take this pill when it is available? I'm not sure what I would do yet, I don't like medication and my anxious side makes me nervous of trying it (I still have a stack of lactase enzymes from when I couldn't tolerate lactose that I didn't even try!) so I'm likely to stick to just eating gluten free, but on a brave day who knows, maybe for a special occasion, I may try it out. What would you do? Let us know in the comments!

I would try the pill if I was going out for a meal.
And to have a white bread chip butty with brown sauce.
Jayne
10th August 2015
Hi I would try but may be just keep for special times, and the odd chippy crave,
Also would be good when you go to large events ie rugby that don't cater for gluten free .
Brenda
22nd July 2015
Would definitely try it.
Jane cooper
21st July 2015
I would definitely try this pill out. Just for special occasions and occasional chippy cravings. I don't like medication as a whole and try to live holistically and natural 'medications' if I can. I'd sign up for the trail for sure.
Caroline
21st July 2015