Coeliac Sanctuary started life in June 2014, initially it was going to be just a kind of document for Alison, Coeliac Sanctuary's founder, to add places to eat and keep note of places eaten at as a kind of diary to remember what restaurants had been like, but being a web designer and struggling with the job she was in at the time she decided to make a website to both increase her knowledge and make a resource to refer to when eating out.

At the time she came up with the idea for the site, she didn't know what it was going to be called, playing around with Coeliac Asylum to start with. The idea revolved around the fact she thought she was going crazy when doctors couldn't find any cause for abdominal pains and anxiety, she thought the website would take a black, grey and orange colour scheme to play on the dark side of being undiagnosed.

It was only when toying with other ideas for names Coeliac Sanctuary was suggested. With that it made Alison think of a Seal Sanctuary, hence why the logo and mascot of Coeliac Sanctuary is Sealiac the Seal, it took a few days but having some training in graphic design Alison drew up the logo and decided to scheme the website around a Seal Sanctuary; blue for pools, grey for the seal and, to tie in with Coeliac, yellow for wheat. The original website used a solid blue background with wheat styled headers and footers and a curved block design, this original version was released in August 2014.

Even though it wasn't built to be anything more than a hobby and personal resource the site took off and over a year it grew massively in popularity, often getting 100s of visits a day on the site and thousands of facebook followers and a fair few hundred followers spread over other social media such as Twitter and Pinterest. It's popularity also lead to a newsletter being developed in February 2015

As the website continued to grow it reached a point where it needed to be redesigned to fit in with current web trends, and it need to be mobile friendly, keeping the same colours and logo but a whole new look, Coeliac Sanctuary 2.0 began development in April 2015, finally being released in September 2015 to coincide with the 1 year anniversary of the site.

Coeliac Sanctuary's journey so far has been incredible and continues to grow, for something that was built just as a personal reference it bloomed into something beyond anyones expectations. Who knows where it will go next. 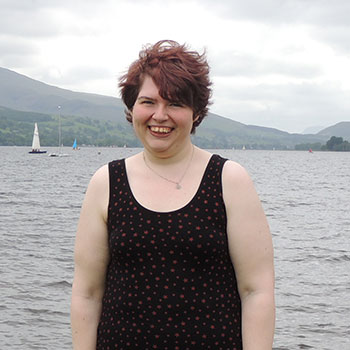 In June 2014 Alison developed anxiety about her job and had been diagnosed as intolerant to gluten and some dairy products, the intolerances were only discovered by a consultant after 5 months off work with agonising stomach pains and 100s of tests all revealing nothing. Coeliac tests also came back clear but removing gluten from her diet resolved the pains causing GPs and consultants to deem her intolerant. However she considers herself Coeliac and sticks to a strict gluten free diet as the smallest crumb can leave her in agonising pain for days. It was because of this intolerance Coeliac Sanctuary came to life.

In January 2015 Alison was also diagnosed with Fibromyalgia, she now finds it difficult to concentrate, and simple tasks take her 10x the amount of time they used to (that's when she can actually remember what she is doing!). Everything on Coeliac Sanctuary, from the building and design to the maintenance and updating was done by Alison, however these days she has to have help with a lot of it, but still controls everything which goes on. 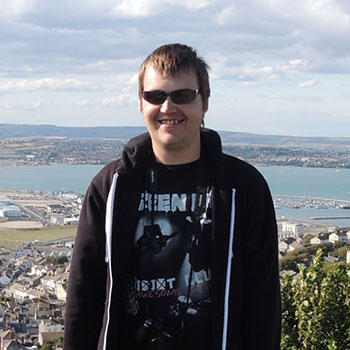 Jamie - The sidekick, the brains, developer and tech guru

The sidekick has always been part of the site helping out when he can, but because of Alison's Fibromyalgia he has found himself having to help out more especially when it comes to the building side, he is basically the extra brains of the party. Jamie works more of the back end development of the site (and part time proof reader, if you left it all up to Alison everything would be illegible she gets her words muddled so often) but will pop up now and then doing other things, usually recipes. He helps keep the website tick, without him the website would probably have been in deep doo-doo ages ago, with his know how he keeps all the pesky gremlins at bay so the website can keep on rolling and handle whatever is thrown at it.

Enter your email address below to get our fortnightly newsletter sent straight to our inbox!

Fried Asparagus and Beans with Salmon