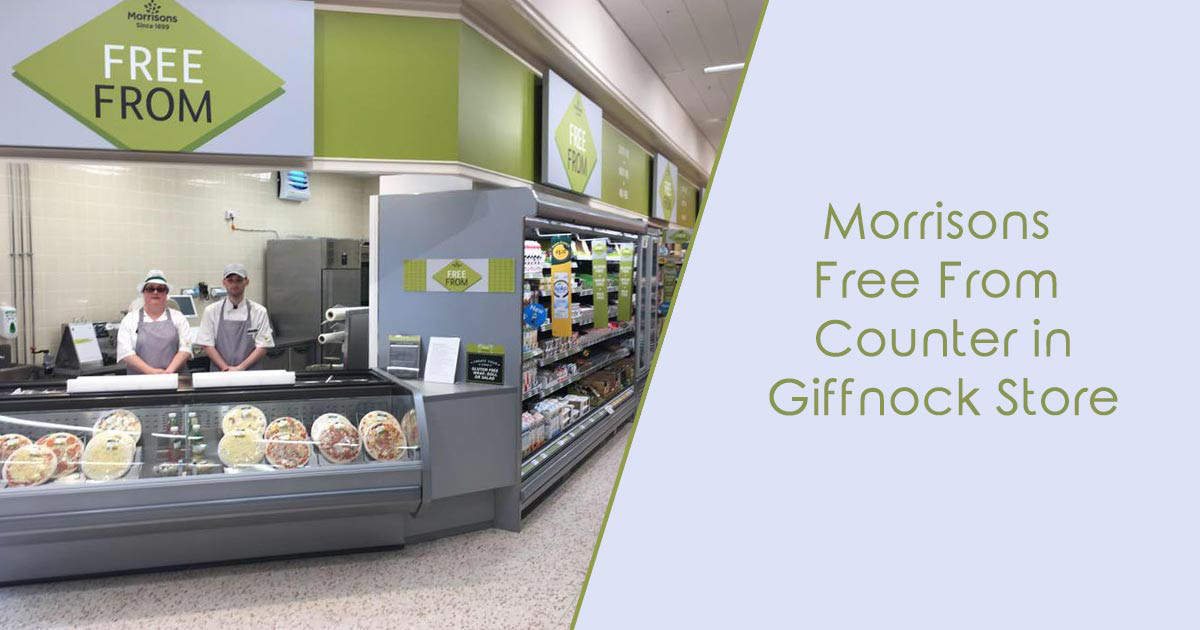 Last year Morrisons trialed a free from pizza counter at their Guiseley store, they have not also taken the stall to their Giffnock branch!

Back in November last year Morrisons started trialling a free from pizza counter in their flagship store in Guiseley, we posted a blog about it when it happened then - read that post right here.

Both of these free from counters have also been Coeliac UK accredited so you can be safe in the knowledge in knowing that they are safe for Coeliacs.

The counter is completely dedicated to free from with its own prep areas and staff and you can have your own pizza, wrap or salad made up how you want and also have many fresh pizzas ready made up on the counter, like the normal pizza counter. We believe a 10 inch pizza is £2.80, so very reasonably priced to for a gluten free pizza!

These two stores are only trials still so this isn't as yet being rolled out to all stores but with it being released into another store after 7 months or more of being in the Guiseley store hopefully it will keep expanding.

With the free from counter being entirely dedicated we'd anticipate to look out for the counter rolling into new stores or stores that are undergoing major redevelopment in the future (providing the trial is a success), a brand new dedicated facility isn't just something that can be squeezed into a store overnight.

Only Giffnock and Guiseley currently have these counters, no other stores and as far as we've been told no other store is planned to get the counter at the moment at least, but do keep an eye in future, hopefully both trial stores prove successful and it gets rolled out to more stores nationally.