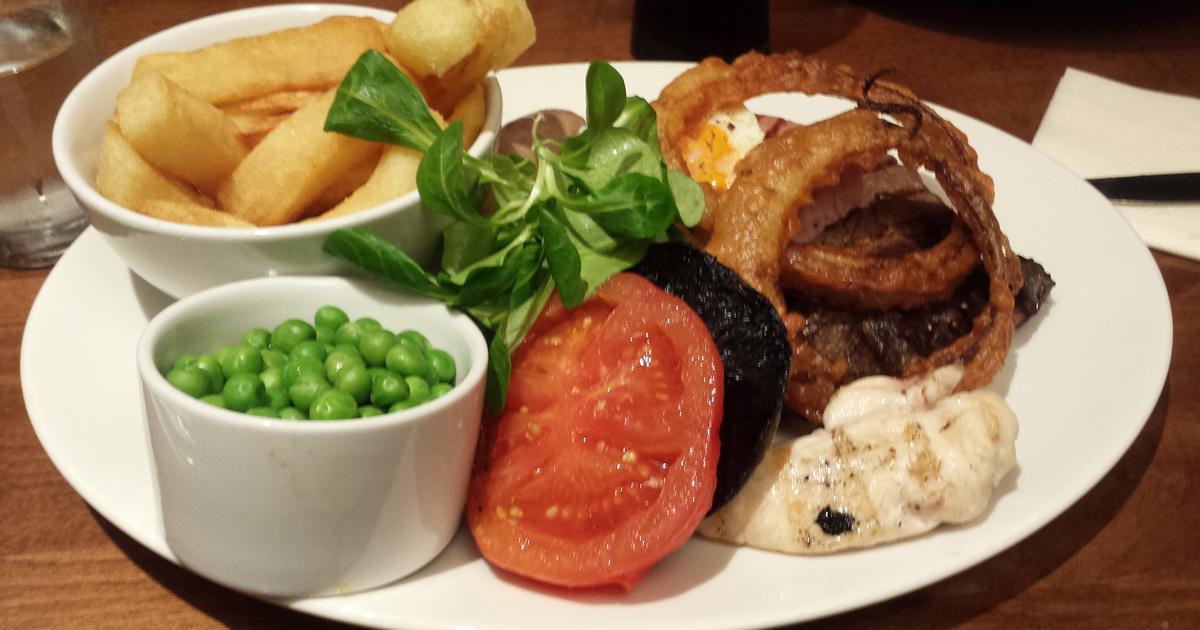 The Lord Combermere
The Square
Audlem
Crewe
Cheshire
CW3 0AQ
01270 812277
Visit Website
Trying to decide on a place to eat out for a celebration isn't the easiest, the place we usually go does offer gluten free but last time we went it wasn't that good, so with the help of my places to eat guide we decided there were 3 places we could try, eventually we settled on The Lord Combermere at Audlem. The gluten free menu didn't sway the decision at all, honest.

As you walk in the door you are greeted by friendly staff and a nice busy bar, but the place is separated into a snug and restaurant, we were seated in the snug with 2 other parties and a big party was due in a bit later, just after we got in another couple was turned away as they were full, luckily we had booked to save disappointment.

I will admit, I was spoilt for choice, I decided to make the most of one of my favourites though, a mixed grill, I haven't been able to have one in a restaurant for a while because of the gluten free aspect. I'd pretty much worked out for myself what the gluten free option would be, but I asked the waitress nonetheless. To begin with she wasn't sure, she had to look on the menu, and she finally realised that it was the black pudding that wasn't gluten free, but she did say they chef sometimes ordered in gluten free black pudding, however I opted for her to not even bother asking since I don't like it as the best of times!

My Dad also opted for the mixed grill however his was with black pudding so the only meal on the table that wasn't gluten free. My boyfriend had sausage and mash with onion gravy, this was naturally gluten free as the kitchen only uses gluten free sausages and gravy, and my Mum decided to have the gammon, something which would be naturally gluten free at any restaurant anyway.

The wait for the food was a good 20 to 30 minutes but I really don't mind waiting if the food is going to be fresh and tasty. When we got the food it was better than I expected, it was beautifully presented and everything was hot and fresh, the mixed grill came with a piece of chicken, steak, gammon, a sausage, tomato, mushrooms, onion rings, egg chips and peas, I was so full after it, but it was worth it, it was delicious. Everyone else enjoyed their meals too, everything was just so fresh and tasty.

Despite being full, I had to have a dessert. The only let down for me is that there was ice cream/custard/cream with everything but there was no dairy free option, not being able to tolerate a lot of dairy narrowed the choice down, but there was still about 3 options, I finally chose the sponge pudding with butterscotch sauce without ice cream, I actually ended up asking if this was gluten free even though it wasn't marked just because I didn't believe it was gluten free.

It arrived in a big dish with the butterscotch sauce in a "gravy jug" and it looked and smelt divine. I poured half the butterscotch sauce on the pudding which was plenty to start with, leaving some in the jug for later, butterscotch sauce has always been one of my favourites so had to save some, until Mum, in her wisdom, decided to dunk the biscuit which came with her coffee liquor in it, not thinking to check if it was gluten free. Being one of the normal looking wrapped biscuits that regularly comes with coffee I didn't think it would be gluten free, and on checking the pack my suspicions were right, so that was half of my sauce wasted, at least she didn't dunk it in the sauce in the dish!

Both my boyfriend and Dad went for ice cream for dessert, like I said there is no dairy free option but all the ice cream is gluten free, so if you can tolerate dairy you have plenty of dessert choices as well as starters and mains!

Overall it was a superb meal in every way really, it was a fairly reasonable price, the food was delicious and the atmosphere was great too, I will definitely be back to try more of their gluten free delights.