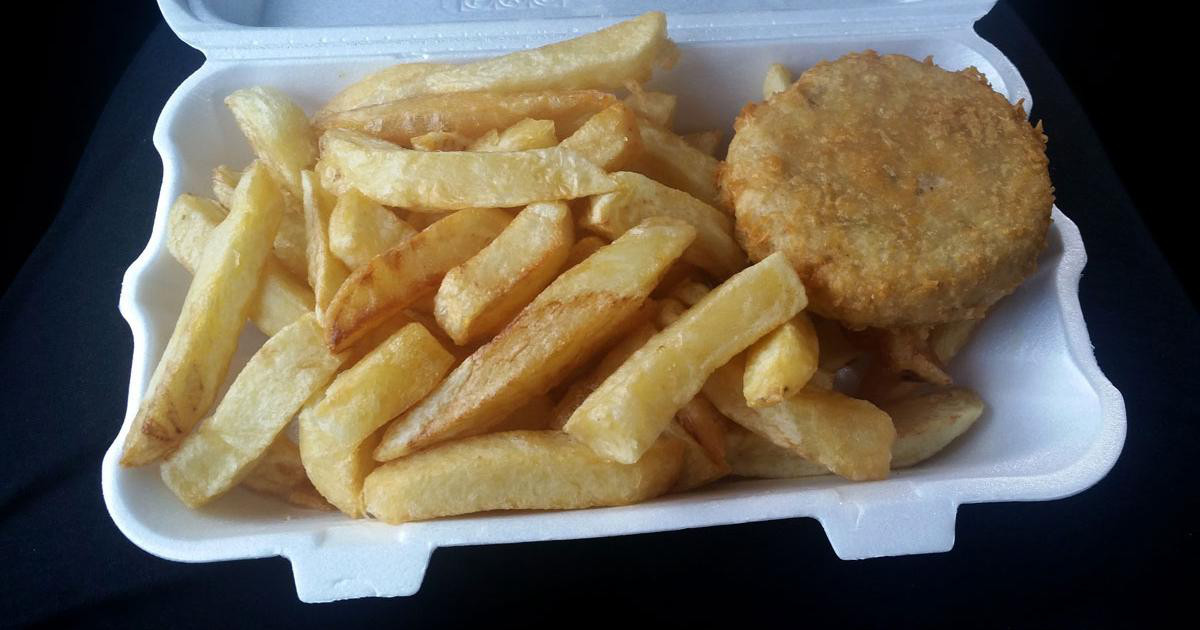 The Square
Benllech
Tyn-y-Gongl
Isle of Anglesey
LL74 8SN
01248 853828
Visit Website
Every time I go somewhere it seems to get easier and easier to find a chip shop that offers gluten free. On a trip to Anglesey this was no exception, I had the choice of two (that I know of) on the island, being closer to Benllech at the time we chose to go The Golden Fry there rather than one a bit further round the coast.

The Golden Fry is set back behind a Tesco Express (or if you go by Google Maps, a petrol station), not exactly on the front but only a couple of streets back if you want to go and eat your fish and chips on the beach. When we got there we struggled to park as the street has only a few parking spaces and a lot of yellow lines, the queue was out the door so obviously all the parking spots were taken, we ended up leaving my Dad in the car so he could move off the yellow lines if necessary!

However, really that is the only thing about this place I have to moan about. Yes, the queue was long but that went down quick enough to reveal a blackboard behind the till saying "we do gluten free" and below stating fish, homemade fish cake and gluten free vinegar available and also listed cheesecakes with cannot guarantee gluten free beneath. The cheesecakes are made by a company who are local and are kept in the freezer, some, if not all were gluten free, we didn't look closely, but as they kindly pointed out they couldn't guarantee they were free from cross contamination.


As we reached the till, as usual we asked to make sure it was a separate fryer for gluten free and it was, for a change I opted for the fishcake instead of battered fish, sometimes I really do get bored of only having the option of fish! Everything was cooked nice and fresh so they was a slight wait for everything to be cooked. When ours was due to be served we noticed the chips she put on mine were from the same fryer as the chips for none gluten free, after checking we found that the chips are all cooked in there own dedicated fryer, gluten free products in another and then anything else in yet another so all was good.

We decided to take our food down to the beach and eat it there, and I can say this with total honesty, the chips were the best I have EVER had, they were so delicious, no other chips compared to it, and lets face it the amount of reviews of chip shops I've done, I've eaten at a lot of different chip shops, by far these chips overruled them all. The fishcake was delicious too, definitely homemade, a lovely crispy outer and the inside was gorgeous with a mix of fish coming though, I'm sure there was a hint of prawn in there, most fishcakes seem to get outdone by the potato in them, but not these, there was barely any potato (if there was any at all) holding them together. I wish I had had the chance to try the fish too, which I am sure would have been just as good as the fishcake and chips.

I am a regular visitor to Anglesey and always get fish and chips from here or their other outlet at Amlwch. The great thing here is that ALL the batter is gluten free and they do gf curry sauce too! Best chippy I have ever been to
Maggie Ramsey
6th January 2020