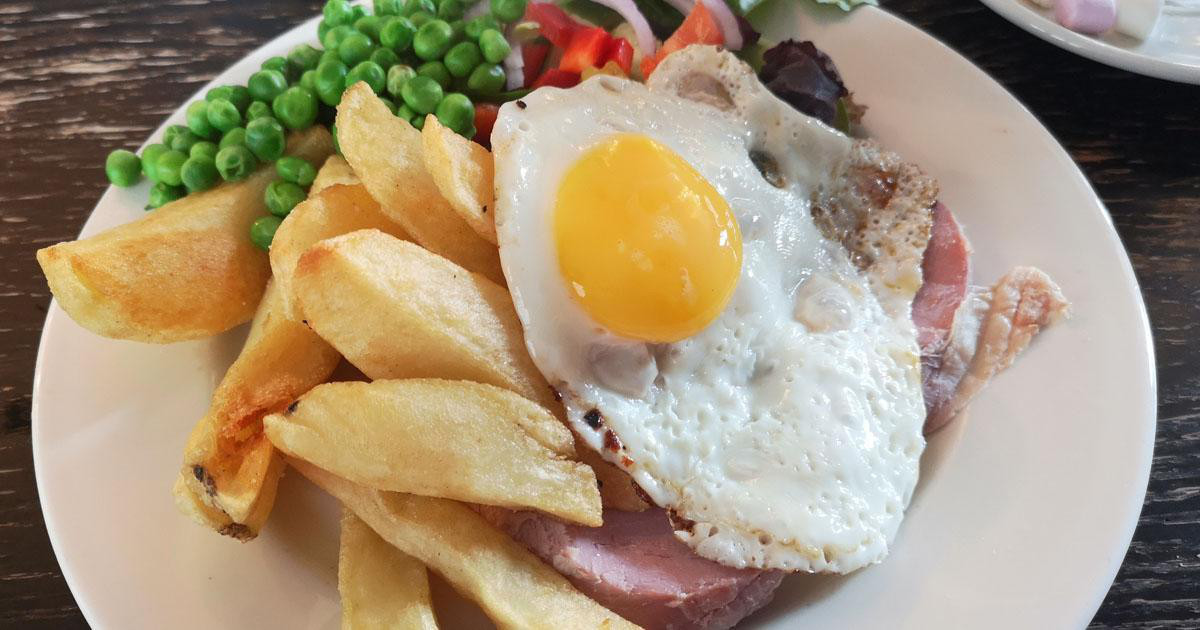 Paddock Farm
Upper Hulme
Leek
Staffordshire
ST13 8TY
01538 300345
Visit Website
There's a few places I always look at going to online and The Roaches Tea Rooms in Leek is one of those I always think "I really need to go there when I have time"...and just haven't found the time to get there, four years later I eventually managed to get there though and it is definitely on my go to list, not just for the food but for the stunning views too.

The cafe is not easy to find, if you go by car it is up a winding road, I believe it is very popular with walkers as it is right on the edge of peak district, nestled in the hills. If you didn't know it was there it would be one you would only stumble on by accident, it is a hidden gem in the middle of the country that you won't forget.

I've looked online at their menu many times I knew they did a really good variety from breakfasts to lunches and cakes, most things on the regular menu also appear on the gluten free one. Walking in the tea room though it wasn't immediately obvious they offered gluten free and we had to ask for a menu, if you asked on the off chance if they could cater you would certain get a happy surprise at the extensive menu.

With such an extensive menu it was hard to choose what to have, Mum decided on a ploughmans salad which was served with gluten free bread, and I opted for ham, egg and chips. I did enquire with the waitress if chips where cooked separate and she confirmed they were and also clarified that they took special care when preparing gluten free food.

All the food was cooked fresh, they weren't packed out on the day we were there (but I imagine on a sunny day when the walkers are out the place will be heaving) but they had a steady stream of customers coming in and out but this didn't impact the waiting time for food, though I imagine with food being prepped to order on really busy days there could be a bit of a delay on getting food.

The food looked so good when it arrived, sometimes you become accustomed to cheaper cafes not looking as appealing (I know I shouldn't type cast everywhere!) but really for the price it looked stunning, they weren't sparing with the food and it all looked tasty and was super fresh and delicious. I could have eaten my ham, egg and chips again it was so good.

Both cakes were so soft if you didn't know they were gluten free you wouldn't guess, they were some of the lightest sponges I have ever tasted, so much so we actually asked who made them when we paid and to give them our compliments as they were amazing. We were told a lady makes them especially for them once a week, they really are something special and worth driving up there just for them!

This gem is one that is definitely topping the hit list and one I will make sure to come back to, with so much on offer, understanding of Coeliac (if you need dairy free too, they can also cater too that as well, a true gem in the allergy world!), amazing food, good prices and stunning views, it is a spectular place to enjoy and soak up scenery and tuck into amazing food.