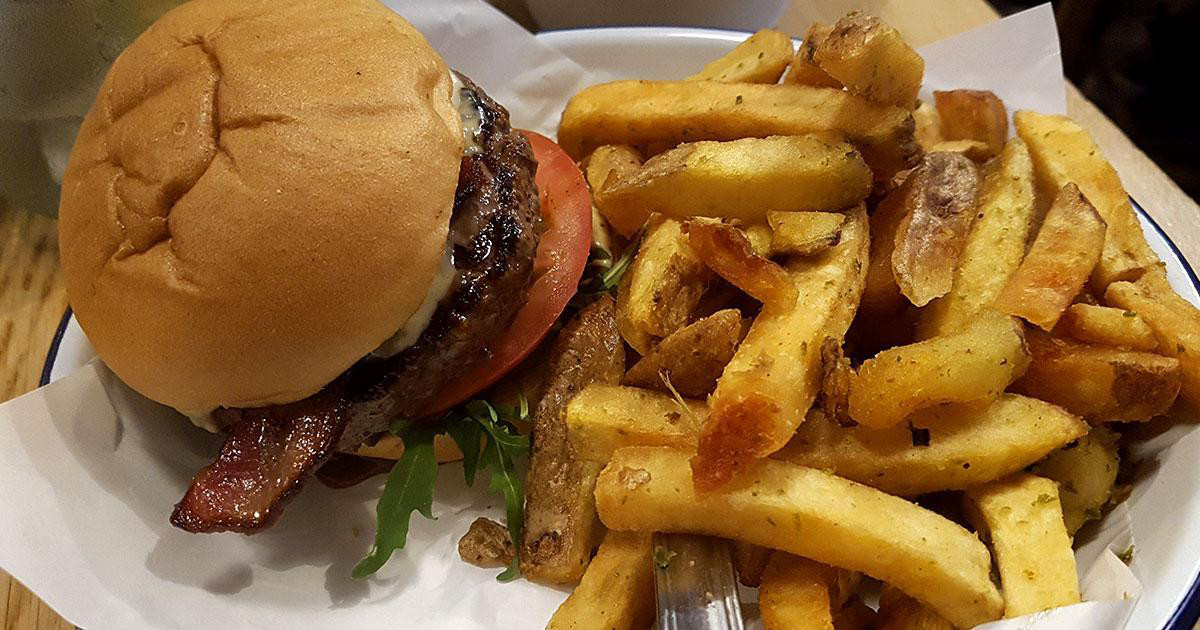 4a Meard Street
London
W1F 0EF
020 3609 9524
Visit Website
For years I have wanted to go Honest Burger but I just haven't had the chance to go, every time I end up in London I either don't have time or I'm not near one, this time when I was in London though I made sure I was near to one.

As it happened Soho was the closest branch to me, it sits a little off the beaten track down a side road but none the less it was packed and loud! If you go, make sure you shout your requests, though I am pretty sure the staff are adept at lip reading unlike me.

They have a large variety of burgers, all of which are gluten free, even the special southern style chicken on they have occasionally is gluten free. Each store has their own signature burger too and again, all totally gluten free as long as you ask for a gluten free bun!

You don't even have to worry about the fryers, everything in them is gluten free including the onion rings which are done with cornflour!

I chose to have a "Honest" Burger but there are plenty of different varieties to choose from, from chicken burgers to a vegetarian option and a great selection of sides. You can't have a burger without chips so I have the rosemary salted chips with my burger. I did have to doubt check, or it was actually quadruple check that it was all gluten free, including the onion rings I couldn't turn down, and was assured it was all definitely gluten free.

Despite the busy-ness they were pretty fast at getting the food out, with the onion rings arriving first, and they were absolutely humongous! Again I had to check they were gluten free, with the waiter laughing (probably because of how many times I checked), he said yes they are definitely fine. And they were so good!

The burger was super succulent and very tasty, with the bun you'd be hard pressed to tell it was gluten free bread, and thee chips were to die for. In all honesty the chips looked bitty and old but they tasted amazing, the skins were still on giving them the more rustic look and they tasted fresh and had a beautiful seasoning, so don't always go off the looks of a dish!

Overall, not the cheapest, about £30 for two of us for burgers, sides and drink, not the worst but also not the cheapest, however I have come to expect London is more expensive anyway. However the food is worth the price, especially as a treat, all the food was so mouthwateringly good, I will certainly be returning whether to this branch or another!