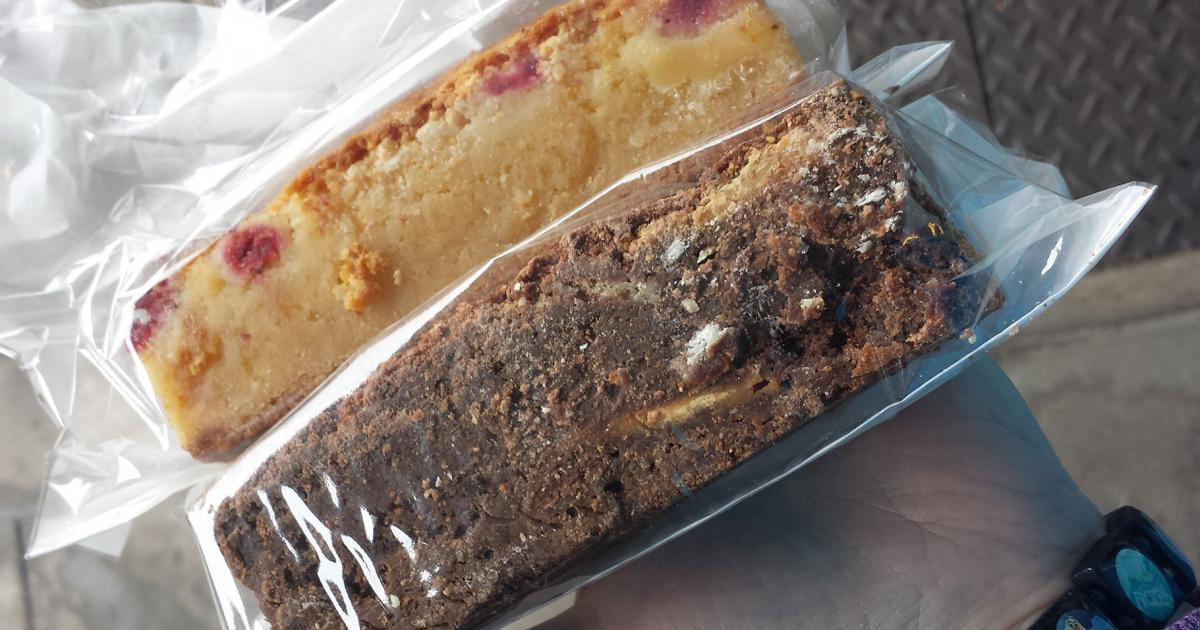 62B Low Petergate
York
YO1 7HZ
01904 654123
Visit Website
On a trip to York, I was moaning that Doncaster Train Station had nothing that I could have, their choice of gluten free was appalling, little was I to know that when we got to the other end of the 20 minute journey we would find a fabulous little treat in the form of Filmore and Union which is Coeliac UK accredited.

Pulling it at platform 5, we had to cross over to platform 8 through the subway which is where Filmore and Union is situated. The little grey kiosk doesn't look like much, but inside is just full of gluten free delights.

The fridge holds wraps of all kinds, most of which were gluten free, and salads which were also gluten free. The display in front off the till held loads of cakes, from what I saw all were gluten free including chocolate brownies, banana and blueberry cake and carrot cake.

I was going to have a wrap but nothing took my fancy, chicken and avocado was the main one that stood out to me but I wasn't in the mood for that so just decided to have cake.

When it was our turn to be served the lady must have seen the look on my face as she smiled and said "can't decide what to have?" I replied telling her I was Coeliac and didn't usually have this much choice and she suggested trying the brownies as they were their most popular cakes, so I have a white chocolate and raspberry brownie and my boyfriend chose the normal chocolate brownie.

For the price you do get a very large slice, biting into mine, the taste was incredible, the raspberry was nice and tangy with the sweetness of the white chocolate not to overpowering. I tried a little of my boyfriends and that was so soft, moist and chocolately it was simply delightful (so much so we went again the next day for another slice each plus a banana and blueberry muffin before heading back home!).

It really is a treat to have something like this on a train station, unlike most stations where there is hardly any options at all, or more often than not none at all, this doesn't give just some options, but a lot of options, and it's incredible food that is worth eating, we will be returning, whether to this outlet or one of the others based around North Yorkshire, hopefully they begin to expand and open branches round other parts of the UK, more places like this are needed, somewhere that can cater well and truly understands Coeliac.