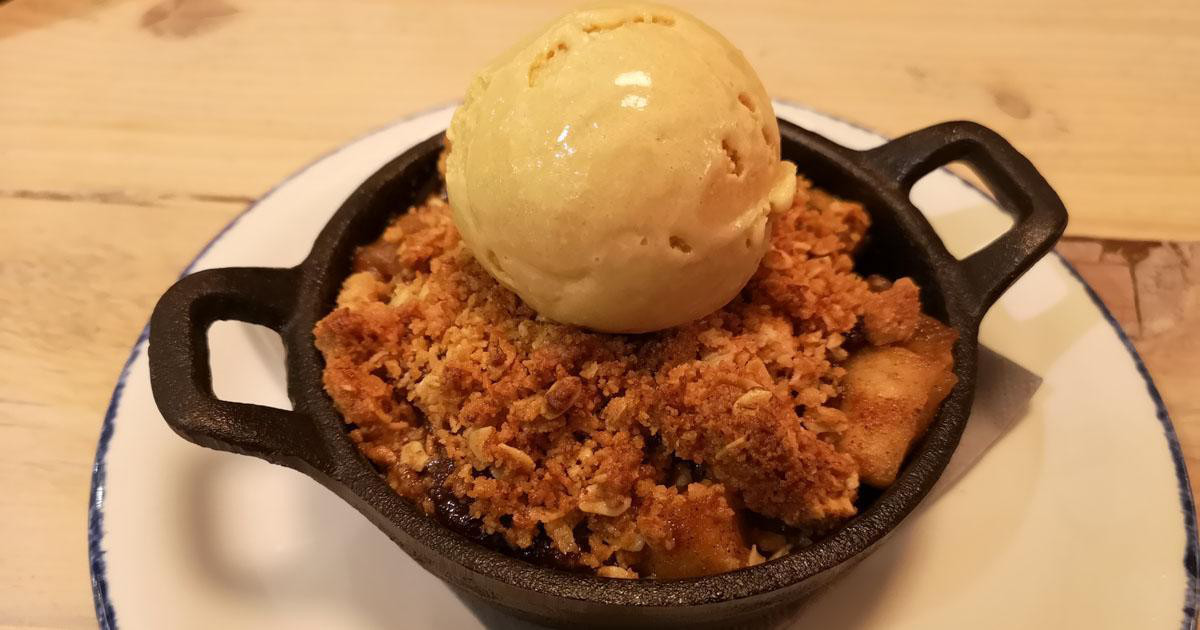 London Road
Valley
Holyhead
LL65 3DP
01407 238220
Visit Website
I remember a few years back a place in Valley nearly Holyhead on Anglesey contacting me about their gluten free options not long after they had opened. It took me two years to get there, but I finally got to try it while on a trip to the beautiful Isle of Anglesey.

Catch 22 is on the main road through Valley and every time I have drove past on a day trip to the island it has always caught my eye but had never managed to find time to try it.

On my recent visit there though, I made sure to book a table, though I did contact them before hand to make sure they could still cater, I was sent back a lovely reply stating everything was cooked fresh to order so there would be plenty of options for me. I was in for a pleasant surprise when I arrived.

We went on a Thursday night and it was busy but not packed, it is advisable to book as they do get very busy especially at peak times. The staff greeted us like old friends even though we'd never met or even spoke to any of them before, we were handed a menu and shown to our table.

I looked at the menu and became a little bit anxious as I saw nothing was marked gluten free at all, there was just a little note stating they could cater and offered bread and pasta, knowing what I had been told on social media though I didn't panic too much and just hoped they really could cater.

The waitress came back over to us and I asked what could be done gluten free, she took a pen out of her pocket and went down the columns, she pointed to sausage macaroni and croquettes and said "those are the only two that can't be done gluten free". I had to double check I had heard right, and I had, everything except those two could be made gluten free, if it wasn't naturally gluten free it could be adapted.

I really didn't know what to choose, when you are landed by that bombshell how are you suppose to decide what to have on a whim, so I did what I do best...I had whatever came out of my mouth first. That happened to be char grilled belly pork on chickpea and spinach casserole. However there were also burgers, pasta, fish and chips, curry and so much more to choose from.

With the restaurant being fairly busy by then and everything being cooked from scratch I expected there to be a fair wait time for the food but no it wasn't too long at all and the waitress had assured me that my food would be prepared separate to avoid cross contamination.

The food that came to us was delicious, while the food wasn't cheap the dishes were fairly substantial and the flavours were amazing, they had really taken their time to create these dishes, you know how some come out and they just don't cut it with the flavours well these did. Even with the finishing touch of pork crackling on mine. All the dishes that came out really looked good and I am positive they all tasted just as good as they looked. My pork was cooked to perfection and the casserole underneath was just simply gorgeous.

We were both full from our meals, with my other half having carbonara (gluten filled version though however it can be made with gluten free pasta) but we both decided to have pudding anyway, you are only on a weekend away once right?! He knew what he wanted but I was fairly certain it wouldn't be gluten free (snickers trifle, and I was right, it wasn't), when the waitress returned to pointed out which desserts could be made gluten free or were naturally gluten free, there was slightly less choice than with the mains however there was still a good five or six options including ice cream, creme brulee, chocolate brownie, rice pudding and apple and sultana crumble.

I decided to have the crumble which came with a butterscotch ice cream, and oh my, I could have eaten it all again, the gentle spice which almost had a Christmas mince pie feel to it was phenomenal, it was definitely the best apple crumble I have had and the ice cream on top was to die for! Definitely a pud I am not going to forget in a hurry and will certainly be having again when I return.

Overall the venue is amazing, a tad expensive maybe but worth every penny for a really good meal, all the food was spectacular, they staff were brilliant and we couldn't have been looked after any better. Definitely an unforgettable meal and a place we are sure to return to again!