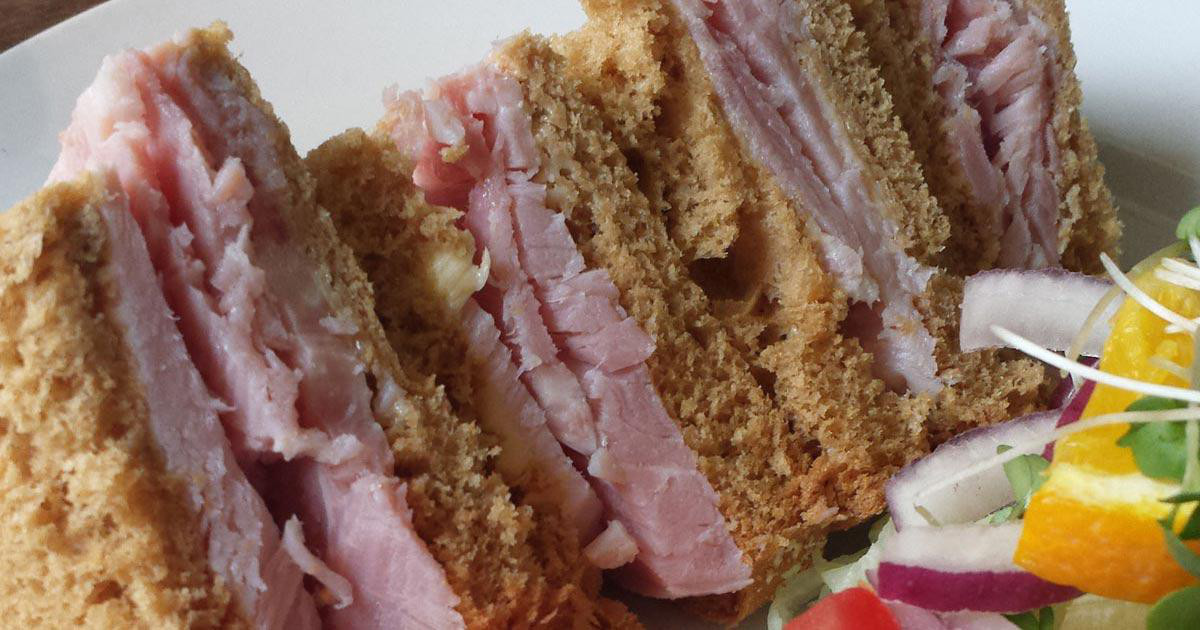 Water Lane
Bakewell
DE45 1EU
01629 812807
Visit Website
I was driving from Yorkshire to Cheshire and decided to go the scenic route and stop off in Bakewell, somewhere I have never been before, in search of a gluten free Bakewell tart and somewhere to have lunch, after walking through the town center I came across Byways, who happened to have a nice variety of gluten fee options.

On entering the place seemed relatively quiet, there was a few tables with people but overall it was generally on the quiet side. Flipping through the menu, gluten free was clearly listed having its own section as well as little notes under sandwiches and puddings.

After deciding on just a sandwich I asked originally for tuna mayo, before I even asked if the mayonnaise was gluten free the server said to me "I don't think the chef has made any gluten free mayonnaise today, is there anything else you would like instead if we don't have any?", so second choice was ham, which is what I got due to there being no gluten free mayonnaise. The server was also knowledgeable on cross contamination making me aware that my food would be prepped in a separate area.

After a 15 minute wait I finally got my sandwich, and I will admit it was one of the nicest sandwiches I have had, the bread was really soft and the ham was so succulent, I could have easily eaten it over again.

Unfortunately, from here it goes down hill, as I said all I wanted was a Bakewell tart so after eating my sandwich I waited for the server to return and ask if everything was ok, did I want anything else, the usual questions. 10 minutes later, a few new customers came and sat down but no server appeared, 20 minutes later still nothing, 30 minutes the new customers had got up and left and I was getting annoyed, but being a stubborn mule I wasn't going to go and find him, he could come to me. 45 minutes later, and I finally gave up, no server ever appeared despite new customers coming in.

Walking through the cafe to go and pay the only person we saw was a woman sat in the kitchen, yes sat, doing nothing. Another 10 minutes later a different person to who served us came and took payment.

If the service had been consistent it would have been far better, but because I never got my Bakewell tart and the service ending up being appalling (why would you totally ignore new customers walking in?) I don't know if I would return, the sandwich was really good, but is it worth returning when I saw the cafe next door also offers gluten free and the service may be better? Time will tell on that one.