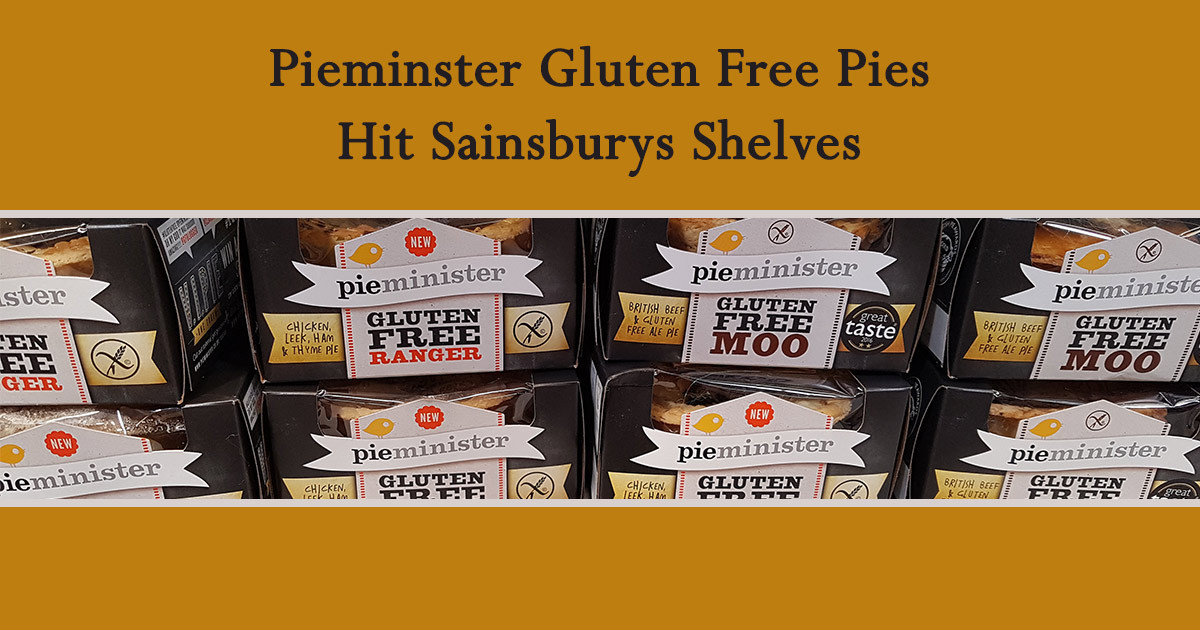 Pieminister gluten free pies have been rolled out to Sainsburys, they certainly aren't cheap but they are the best pies in the supermarkets.

In June last year Pieminster announced they had started doing gluten free pies, which had taken them the best part of a year to master, and to be honest they have been really hard to find, originally only being sold in their restaurants, Borough Market and Harrods then expanding to select Waitrose stores and Ocado 6 months later. However in the last few weeks they have started popping up in Sainsburys stores with their chilled free from items.

If you are lucky you might have come across them before now in Waitrose (though we never managed to find them) or even got to try them in one of their restaurants, however now they are available on some Sainsburys shelves giving them a bit more exposure to the gluten free universe. We're not sure of the price in Waitrose but in Sainsburys they are a little pricey at £4.50 a pie.

At the moment they currently have three gluten free pies available, chicken, ham and leek, steak and gluten free ale and goats cheese, sweet potato and red onion. All the pies are made in a separate kitchen to avoid cross contamination and have been approved gluten free by Coeliac UK.

Back in September last year the pastry for the gluten free pies was given high praise by the Great Taste awards with the judges all agreeing they couldn't tell the pastry was gluten free.

In their restaurants they offer a gluten free menu which is complete with their pies, but they don't only have pies they also have a selection of hot pots and sides available gluten free (we did notice there is no chips on the menu so presumably they don't have a separate fryer). There are currently 5 pieminster restaurants in the UK, 2 in Bristol, Cardiff, Leeds and Nottingham. Beware they also have cafes and as far as we know the gluten free pies are not available in these, only the restaurants.

The restaurants can all be found in our where to eat guide.

Pieminster are a leading contender in the world of pies so we are sure with enough exposure their pies could do really well, there is always high demand for a decent gluten free pie... all we need now if for the other lead manufacturers to master the pastry they way they have!

My friend bought me a MOO steak and kidney pie - it was great - best one I'd had in 5 years.
Andee
Andee Evans
6th May 2017
Could you please tell me how much a gluten free pie is to buy in sainsburys? Thank you
Catherine Burns
8th April 2017
Alison @ Coeliac Sanctuary replied to this comment on 9th April 2017

They have been in Waitrose North Walsham Norkolk for the last 6 months,they are a bit expensive but are very good.
Steve Killerby
8th April 2017