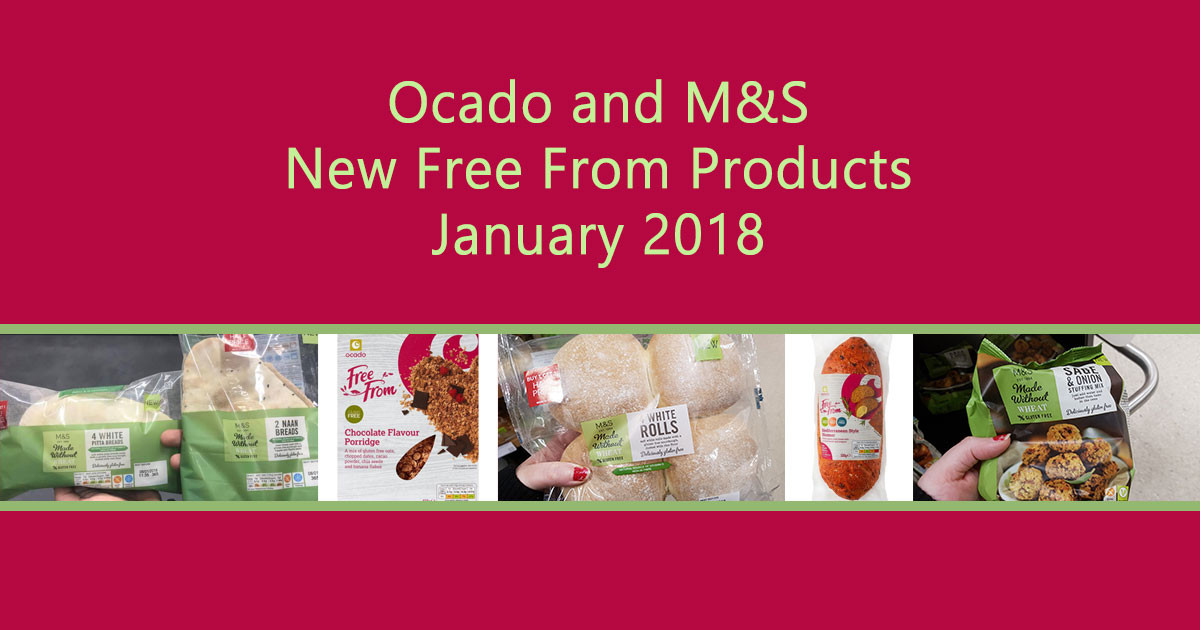 Ocado and Marks and Spencer New Free From Products January 2018

It's only the beginning of 2018 and there's already lots of new products coming out!

This week has seen Marks and Spencer release some lovely new products as well as Ocado releasing an own brand range.

Ocado have long been seen as one of the best places to get gluten free, without the restrictions of a shop floor, they have a much bigger capacity to house gluten free, therefore it's always had a massive gluten free range stocking many items impossible to find anywhere else.

This week they have released their own Ocado Free From range, most of the range is pretty standard stuff but there are some lovely looking stuff that is a bit different too. Here is a list of what is in the range.

A fair few sound similar to other supermarket free from products however I do like the sound of the Chocolate Porridge and the bloomers. The Southern Fried Chicken might also be a winner!

Marks and Spencer have only a handful of new items however we're sure one of these items is going to go down very well considering no other high street store does them since Genius ditched the Livwell garlic and coriander one.

Yes, if you've been in the Coeliac game a while you will know I am on about Naan Breads, after Genius ditched them last year they have been impossible to buy gluten free, but since earlier this week Marks and Spencers have had them in their Made Without range, and it seems they are hopefully going into all stores since my small store has them in (well would have if they hadn't sold out!)

The new products in Marks at the moment are:-

We have already heard lots of good reports about the rolls saying they are "the best rolls", personally I've not tried them but Marks products are usually amongst the best. The Naan Breads are sure to be a major hit, having been to two stores which were both sold out, I think for a while they are going to be pretty hard to get your mitts on now people know about them. I for one can't wait to get my hands on them.

Every year the free from ranges grow bigger and better, we can't wait to see what's in store next!