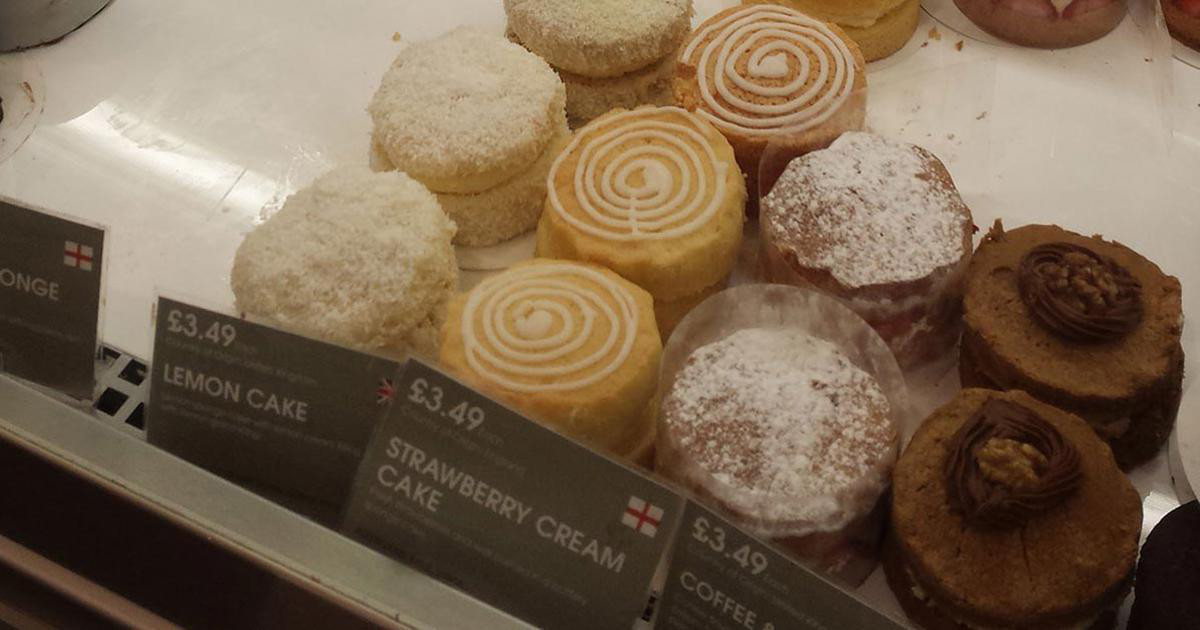 400 Oxford Street
London
W1A 1AB
UK
0800 123400
Visit Website
To be honest, after all the praise I had heard for this place I was disappointed. WAGFree bakery has it's own shop in Brixton but in 2012 also opened inside Selfridges food hall on Oxford Street. After aimlessly walking around it for nearly an hour we still couldn't find it, I actually ended up Googling it and finding another blog where they pointed out it was hard to find and isn't actually its own stall. After nearly giving up we thought we'd try one more time to find it, on a whim I looked in a bakery in the corner and low and behold there was a separate display labelled WAGFree in there!

We queued for a good 10 mins until finally we got served, there was a good but expensive collection of gluten free cakes, including cheesecakes and tarts. Spending over ££10 on 3 cakes, I bought a bakewell tart, vanilla cheesecake and a strawberry tart. The lady did change gloves and equipment to get mine out after doing my boyfriends which is always good to know, being aware of cross contamination issue is something a lot of places find difficult to grasp.

I ate the bakewell tart while walking out of Selfridges, very hard when walking through the hustle and bustle, and admit it was nice, but nothing special, if I'm honest tarts I have baked myself were nicer. I ate the other two in the hotel we were staying in and was thoroughly disappointed, the cheesecake was just vile (but that could just be my tastes), and the strawberry tart just didn't meet my satisfaction, it was extremely sweet and the pastry was solid, for the price I expected a lot better.

For me, I think it is safe to say I won't be returning soon, not that I am in London much anyway, but even if I am near there, unless I am in desperate need and have money to waste it is doubtful I will be returning, the food just isn't nice enough for the price in my opinion.