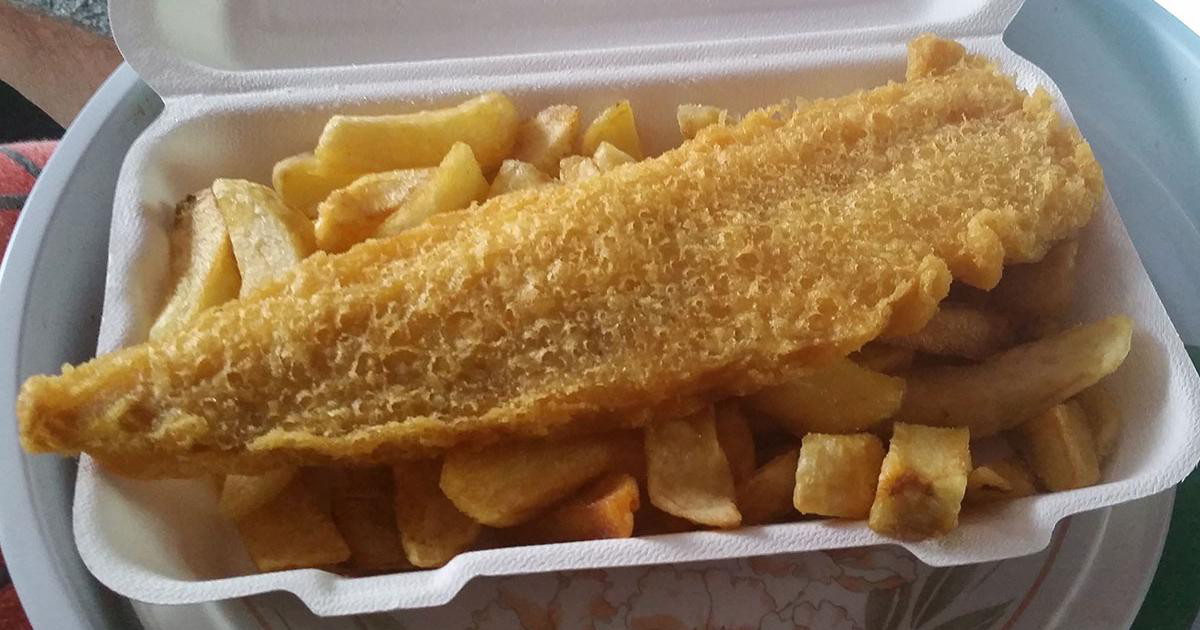 645 West Street
Crewe
Cheshire
CW2 8SL
UK
01270 580055
Visit Website
I have been waiting for the moment I was able to get gluten free fish and chips closer to home, and that moment finally happened when The Fish Bar in Crewe did a gluten free night, one of only a few until they are fully ready to offer gluten free Monday to Thursday nights, which will hopefully be very soon.

The announcement was made on their Facebook and I had seen before other local Coeliac's having gluten free from there but every time I managed to missed the night or wasn't at home, but this time I saw it in plenty of time and all plans of sticking to my diet went out the window as I decided I was having fish and chips next day. Even though I'd seen others had had it but I still made sure I was doubly positive I could go there and asked if it was prepared separate, I got a response a bit later on saying it was a separate fryer (which I already knew from months before when it was mentioned), utensils and tongs. In my book being cross contamination aware already gives them an excellent status.

Desperate to get my order in, I was considering ringing in advance the day they announced, after all they did say on their Facebook to ring in advance, couldn't get any earlier than about 27 hours before, but I resisted and rang as soon as they opened next day instead. The lady on the phone was very polite and said she had marked mine as gluten free so whoever prepped it would know later on as the rest of the order for my family wasn't.

I didn't personally go and pick the food up, but was told mine was set aside from the others ready to go and the owner was brilliant in making sure there was no cross contamination risk, I believe my Mum had a conversation about the website and my "intolerance" with him and she told me he was very knowledgeable about Coeliac and how gluten free food is not offered enough.

A bit later my food arrived home, in a polystyrene box and paper, I couldn't see anything marking it as gluten free so had to have a risky peek through all the others to find mine since Mum forgot where in the bag mine was. It could have indeed been marked but I had overlooked it, however we did find it in the end without to much difficulty.

The fish was lovely and tender and the batter was probably one of the nicest, it had a very bubbly yet light texture (and we could see it was different as my boyfriends wasn't as bubbly and a darker colour) and was very yummy, the chips weren't cooked as much as I would have had liked but hey, I ate them anyway so they weren't that bad!

Overall, when they are offering gluten free all the time, I might possibly first in line queuing for my gluten free meal, it was really nice and cheap too plus I think they tick every checkmark when it comes to knowledge. I can't wait to eat my gluten free chips at home again and not have to miss out when the rest of the family has it!