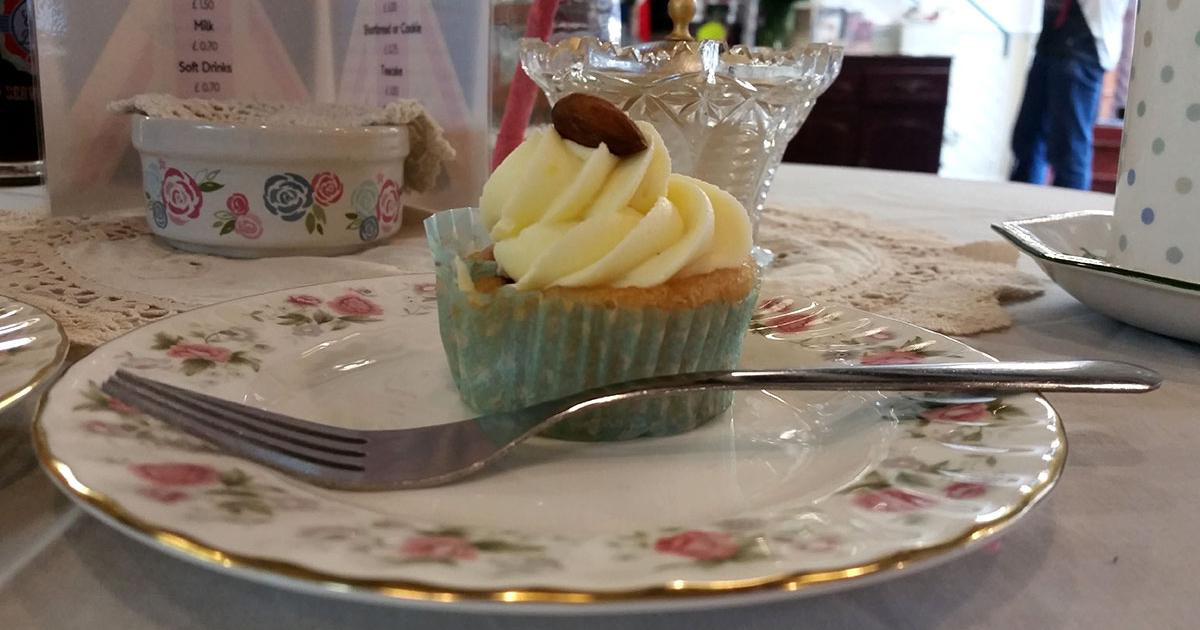 This lovely little place is in the middle of Rotherham, it only opened a few weeks ago and is combined with a crafts shop so while you are enjoying a gluten free cake you can ponder over the crafty items. The sign outside caught my attention weeks before it opened, as it stated it would be doing gluten free cupcakes, so first chance I got I thought I should try it.

After doing some shopping we decided to pop in and see what they had to offer, and I was pleasantly surprised, the menu doesn't really offer up much, just snacks and drinks, but it did state a range of gluten free cakes are available like the board did, so when I went to look, out of the 10 of so cakes on offer only 2 weren't gluten free. The lady behind the counter asked if she could help so I explained I couldn't have gluten, she happily told me she made the majority of her cake gluten free and went through all she had available, from mint and vanilla to chocolate and cherry bakewell flavours, all of which were covered separately and clearly labelled.

I actually struggled to decide what to have, in the end I opted for a cherry bakewell cupcake, something a little different that usual, my boyfriend had a vanilla one. The cakes themselves were nice, but we did find they were a little greasy and struggled to get them out of the paper case due to the moisture in them, but the taste was nice, the buttercream on top was delightful too.

It would be nice if they offered more than just cakes, in regular gluten products they only offered crumpets, teacakes or cakes and a few other options, but no sandwiches or anything like that, so it would be nice if they could offer something like that. Rotherham doesn't have much in the way of cafes as it is, and with these offering gluten free cakes there is certainly great potential, I'm sure a lot of people would be there frequently for lunch if they also offered sandwiches.

Overall it was nice, it was lovely as somewhere to go for a brew and a cake, we'll be back no doubt, they were clued up and offered plenty of variety in the way of cakes, so many more I need to try!