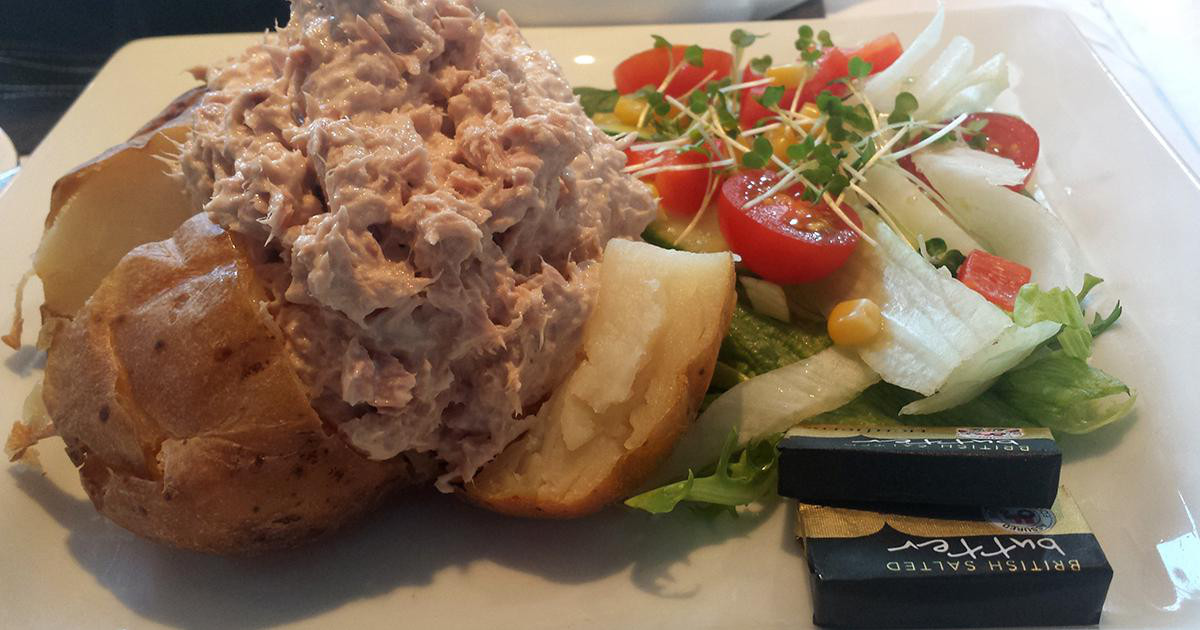 22 Congleton Rd
Sandbach
CW11 1HJ
01270 760070
Visit Website
I saw this cafe when I was at a funfair across the road, the sign under the name immediately popped out at me as it said in nice bold letters that they catered for gluten free and vegan, I made a mental note that I would have to try it out at some point (it was shut that day) with it being only a short driving distance from where I live.

I eventually got to try it when my Dad suggested going out for lunch, we were going to go to a usual haunt but I suggested giving this one a try instead. When the fair isn't there you can park right across the road as the fair takes up residence on the car park, so we parked directly opposite and I checked again to make sure I hadn't misread and yes it did say they did gluten free.

The cafe itself is tiny inside with only a few tables and the kitchen itself is even smaller with barely room for even 2 people, this in itself made me a bit unsure about the gluten free aspect, I've come to associate gluten free with a separate work space although I know some places just make sure they clean up so I wasn't about to call them out on that one.

The menu itself didn't state any gluten free so I asked the waitress, she was somewhat lacking in knowledge, or at least appeared to be lacking in knowledge. Instead of asking my usual "Do you cater to gluten free" question because, according to outside the cafe, I'd already got the answer to that I rephrased and asked "What have you got that is gluten free?" First she looked at me all confused then asked "What were you thinking about?" When I ask what they offer I kind of expect something along the lines of "well, we have bread, cakes, soup" or something like that.

In response to her my first thing is "sandwiches?" might as well find out if they do bread hadn't I? She hesitantly said no, but from her tone it sounded more like she didn't know and couldn't be bothered checking.

My second response is "jacket potatoes?" if all else fails you can usually get a spud with a gluten free filling. "Yes, we can do those gluten free". Now, my favourite thing to ask, I might not even end up having it but I ALWAYS like to establish whether the mayonnaise is gluten free, so I asked, again she hesitated but did go and ask the chef and yes it was gluten free. So I decided on a tuna mayonnaise jacket potato.

The waitress told me she would get the chef to make it over other side of kitchen away from bread, I didn't get glutened so I presume she did but I didn't actually see her, so if particularly sensitive make sure you request it's made somewhere away from gluten containing items.

In their defence and apparent lack of gluten free, the food was delicious and reasonably priced; there was plenty of filling on the spuds which is what I like and a nice little side salad. I have read on other reviews that they do offer gluten free cake, I forgot to ask but from what I could see in the cabinet there wasn't any but they could have been kept somewhere away from the normal cakes.

Overall, it's nice but that outside sign in misleading, I assumed they'd have a wide variety but they didn't seem too, I've been places that give no indication of doing gluten free that offer a bigger variety, I could be wrong and they do in fact offer more, but like I said they didn't seem too, they could only adapt a few items off their menu, and the specials board didn't seem to contain anything which was gluten free (on this day at least).