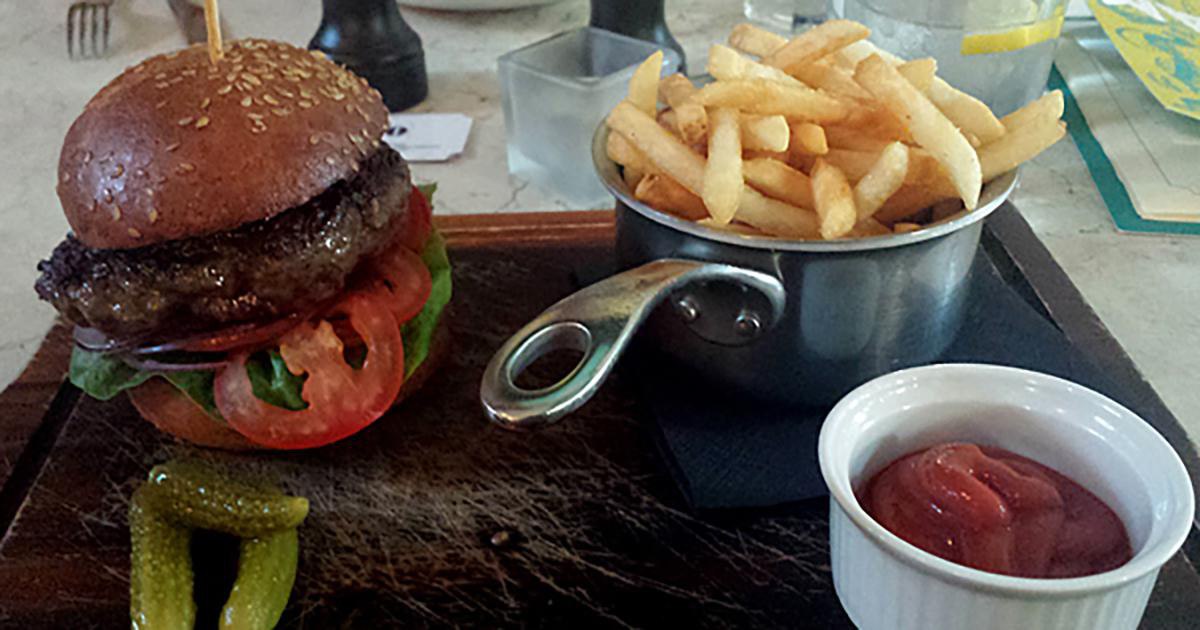 Unfortunately The Truscott Arms has shut down since we posted this review.

We ended up at the Truscott Arms in Maida Vale after a trip to the Harry Potter Studio Tour in Leavesden, I'd read online that it was excellent for gluten free, being a 90% gluten free gastropub I really didn't have any other choice that to try it.

From where we were staying it was only a half hour drive away, luckily on the outside of the congestion charge, in Maida Vale (not far from Abbey Road), it's rather difficult to park with limited on street parking but finally found a space, after 15 minutes battling with the "pay by phone" parking system we finally got into this lovely looking pub.

We were kindly greeting by an American waitress who served us water while we were looking at the menu. Looking down the menu nearly everything is gluten free, or if it isn't it has a gluten free option, I think there was only one or two options that didn't have a gluten free alternative. Neither of us really wanted starters so we skipped that and went straight for mains, my boyfriend opted for sausage and mash and I couldn't decide between the gluten free cod and chips (gluten free as standard might I add so no chance of fryer cross contamination) or burger and chips.

The burger and chips stated there was a gluten free option available so I asked what the option was, the waitress kindly told me that it came on a gluten free bun and the burger was naturally gluten free so I opted for that, I've tried a few gluten free fish and chips in the last few months but not had the chance to have a "proper McDonalds" so to speak, so it was nice to have a burger option.

The meals did take a little longer to come out than expected but when it arrived it all looked very nice, my burger bun even looked like a proper bread bun not a gluten free version (I think we've all come to know that the gluten free bread alternative always looks different). The first bite into the burger was absolutely delicious, the only time I have had a burger that nice was way before I became gluten intolerant at a place in Axminster. The burger was meaty and juicy, with a little salad and some tomato sauce, even the bun tasted gorgeous; it was hard to believe it was all gluten free.

Since my boyfriends sausage and mash was gluten free I also tried a bit of his, the sausages were lovely and the gravy tasted nice too, and he seemed to enjoy it and probably wouldn't have known it was gluten free if it hadn't said on the menu.

I don't drink myself but I believe the pub also offers gluten free varieties of beer, so if you are not driving and fancy a drink with your meal you have the option.

The only let down really was that there was no gluten free cake, I'm unsure whether they had sold out or just hadn't made any but the menu did say they have a cake of the day which is gluten free. The lady was very nice and was apologetic when she said they didn't have any and kindly stated that they had hot chocolate pudding but wasn't gluten free which and they had various ice cream desserts which were gluten free but unfortunately I can't have ice cream because of a dairy intolerance, so we had to go dessertless. One thing I would love to see in these types of places is dairy free desserts as well as gluten free, something a lot of places lack.

Truscott Arms though is definitely worth a visit, a little on the expensive side but worth it as treat, especially with the knowledge that you are almost 100% sure you are going to be cross contamination free.