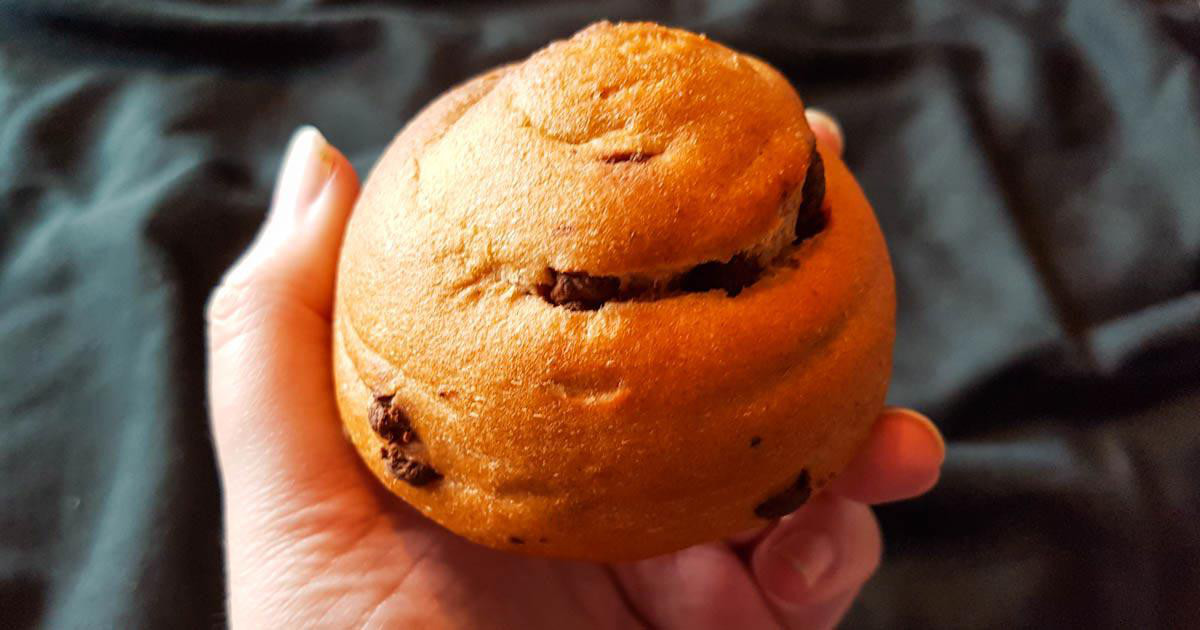 Schar have recently released gluten free chocolate chip buns and I finally got round to reviewing them, they are very delicious!

Availability 4/5
In most Tesco and Sainsburys superstores

Taste 5/5
Delicious, reminiscent of Udi's choc chip bagels which are no longer available in the UK

Schär released these buns a month or two back in the UK, they have been available in other countries for a while but this is the first time the UK have got them. At the moment it appears only Tesco and Sainsburys stock them at around the £3 mark, about the average for gluten free bread it seems.

A while back Udi's used to produce choc chip bagels, since the UK part of Udi's has gone under nothing like them has been available, and these buns are very reminiscent of them but nicer.

Each pack contains four buns which are split into two packs, it is so easy to eat two then go back for the other two, but if you have more willpower the split into two makes for easy storage and saves them going to waste if you don't want to use them all at once, stops at least two going off!

I never know what to do when it comes to chocolate in bread which is what these buns are, they are even found with the bread in the supermarket, but don't assume they are cake buns because they are not. With chocolate in bread it doesn't quite feel right buttering them or toasting them, I tend to end up eating them straight from the packet which with normal bread isn't something you'd generally do!

The buns are deliciously soft and have a nice bounce back to them when squeezed, when ripped in half you can see a nice scattering of chocolate chips, not just one or two choc chips too but a good handful running right the way through. The front of the pack states 13 choc chips in each, very accurate... but we counted more than that in ours, not that we are complaining.